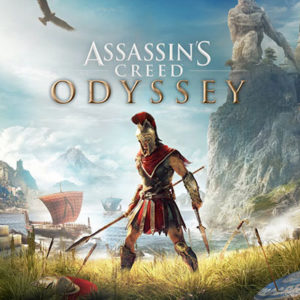 Assassin’s Creed Odyssey is an action role-playing video game developed by Ubisoft Quebec and published by Ubisoft. It is the 11th major installment, and 21st overall, in the Assassin’s Creed series and the successor to 2017’s Assassin’s Creed Origins. Set in the year 431 BC, the plot tells a fictional history of the Peloponnesian War between Athens and Sparta. Players control a male or female mercenary (Ancient Greek: μίσθιος misthios) who fights for both sides as they attempt to unite their family and uncover a malign cult.

The game was released worldwide for Microsoft Windows, PlayStation 4, Xbox One, and (in Japan only) for Nintendo Switch on October 5, 2018, with a Google Stadia version launching alongside the service in 2019. It received generally positive reviews with praise directed to its visuals, combat, story, and characters, while receiving criticism for some reliance on grinding, microtransactions, and for feeling bloated.