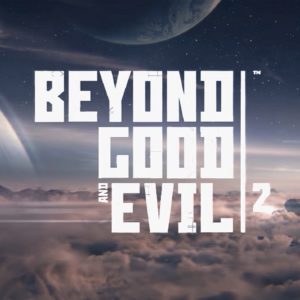 Beyond Good and Evil 2

Beyond Good and Evil 2 is an action-adventure game set in an open world environment and played from a third-person perspective which takes place at least one generation before the events of Beyond Good & Evil. It has more traditional role-playing elements compared to the first game; the player generates a character that starts the game “at the very bottom of the social system”. The character can be male or female. As the player completes various tasks, they improve in various attributes, and gain spacecraft and crew members which they can also improve over time. The players visits planets that have their own societies, and by completing tasks on these planets, gain new technologies or other facets to improve their spacecraft. Its director, Michel Ancel, said that they do anticipate that there will be a narrative element that includes fixed story events, as well as events based on what decisions the player had made in exploring planets.